I’ve no idea how much weight (if any) I’ve lost and won’t know until this week’s doctor appointment. That’s right, girls and boys, the universe thought everything was too swell and decided, “how’s your left leg doing, Winnah? HAHAHAHA IMMA FUCK IT UP FOR YOU!” And thus, I had an accident.

I’ve been thinking for the past few days about fitnessing whilst injured. I was in bed all weekend with nothing to do but rest up, stuff my face, and get comfortable with my two best friends: books and internets. I didn’t take too much note of what I ate because I was under the mercy of pain and other people’s cooking. Anyway, I reasoned that I was eating for two (myself + the injury). Of course I had no exercise, unless you counted the calories of the tears exuding from my face as I resigned myself to watching Bob’s Burgers entire 4 season run mothafuckin TWICE.

Did I get fatter? NOPE. It was a rest that was long overdue. I’ve been working very hard for the past 6 weeks with 60+ work hours, 3/4 of those being quite physical. Eating has been erratic, but I did start to eat more intuitively, listening to real hunger cues.

I was able to hobble out of bed in my schmexy foot boot on Monday and checked myself in the mirror. I was all like, DAMN Winnah. DAT LOWER BACK DIMPLE. Yes maam I gots em. At least the beginnings of some. Today I learned they’re called “Dimples of Venus.”

Mine are not nearly this badass but I am in the processing of regain what was lost. Or lose what I’ve gained. Right now my dimples look like circa August 2013. By the end of this bet, I’m hoping they look more like November 2012.

It looks like I’ve been losing mostly fat and retaining a lot of muscle. This might mean that my short term weight loss may be lower, but fuck that shit, because retaining more muscles means I will burn a lot more fat whilst sitting on my bum. My very dimply bum. And hard biceps. Overall, everything feels tighter and leaner.

Let me know what you think Cancel reply 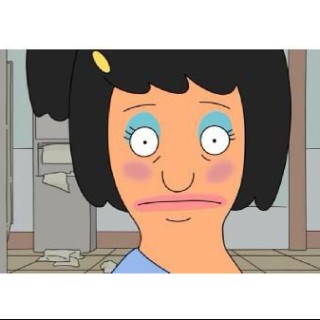